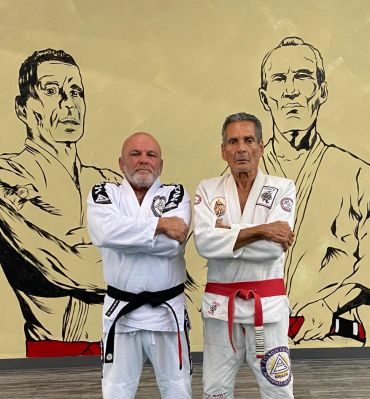 Tom Norris is a 24 year United States retired Marine Corp Veteran and 4th degree brown belt in Relson Gracie Jiu-Jitsu. Tom started his grappling journey in 2000 while in the marine corp(L.I.N.E) and later served as a MCMAP Blackbelt instructor for many years.Tom was also a former owner and head coach Fight Science MMA gym in Indiana. In 2015 Tom moved to San Antonio as a purple belt and has served as an assistant coach for the Relson Gracie Team since 2017. In 2018 Tom was promoted to the rank of brown belt by Head Instructor Josh Lauber.