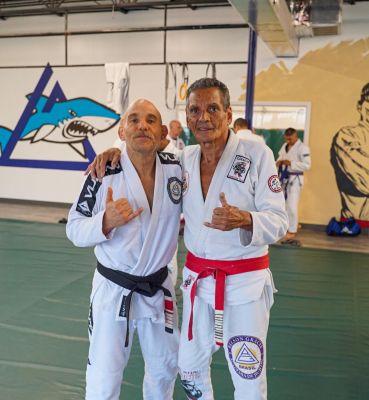 Joshua Lauber is the founder and head professor at Relson Gracie Jiu-Jitsu San Antonio.  He is a direct student of Relson Gracie, a member of the Queen Street Academy competition team.  Joshua has been a member of Relson’s teaching staff since 2002.  He competed often while living in Oahu and was the 2002 Blue Belt international Gold Medalist.  Joshua was also on the staff for over 20 tournaments including the 1998 Pan-Ams.  In December of 2005, Joshua moved to San Antonio and with Relson’s Blessings began the Relson Gracie Jiu-Jitsu Association San Antonio, which opened at its current location in March 2006.

Joshua received his Black Belt on June 22, 2011, from Grandmaster Relson Gracie in Hawaii.  He is currently a 4th-degree black belt.  Joshua is also a level 3 Certified instructor of Ginastica Natural and has been a big advocate and follower of the Gracie Diet for years.